If you love gachas and modding and small avatars, well, the Gacha Guiild is in full swing right now with the Hallows Carnival! So many gachas of all kinds of creatures for you to create with them! And there is also a hunt which begins on the 15th too. All this information can be found on the website. Shopping Guide has all the gacha keys and the main page has all the information you need about the event. Hunt info is also there. Here is one of my favorites I found while there.
This is the {GHOSTED} Dia De Sangre Avatar. I won the #11 UNCOMMON Striker Watermelon. It comes with the skin (Bakes on Mesh only), both Male and Female versions, Sangre head and tail applier, and a body shape. You will have to buy the Sangre Avatar Kit, which is also available at the booth, in order to wear this gacha (if you don't already have it). The Sandre gacha avatar you win comes in a voucher form so you add it to yourself to get the delivery of the avatar mod. I also used the Maitreya Lara Mesh Body for the body of the avatar, which will work with the bakes on mesh skin. 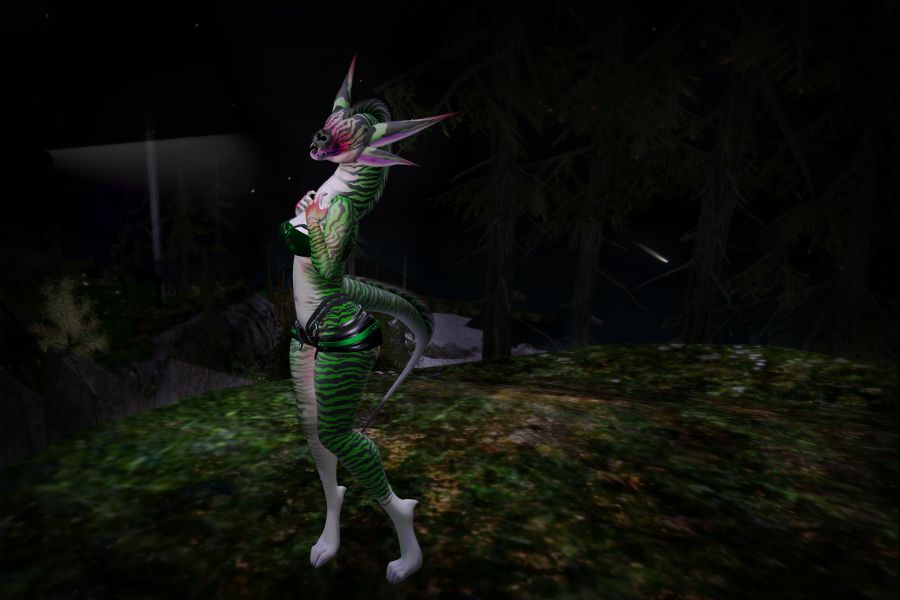 This is the Dia De Sangre avatar mod. And, I think I should have made it taller than I've made it here, only because I notice the tail is so long it dips into the ground and there is no tail movement hud to make it stop doing that. It is a bento tail and it moves very nicely wagging back and forth. Even with these long dragon legs I used and changing my hover height to stop the feet from dipping into the ground, the tail still dips into the ground. And I usually make my avatars pretty tall even as a human. You can see the full key on the Gacha Guild Hallows 2020 Carnival website or here.
And here is a second one I really liked. This one has a tiny version and a regular human sized version of it. They are both included with each win from the gacha machine.
This is the Sugarcult - Mofflet Avatar and it includes the full body with every win from the machine, so it is a full avatar. And both a tiny and regular size is included with each win also. I love the tiny one! And it works with your own AO. I was using mine while wearing this one. Of course you do float above the ground when you are in the tiny one. Which is fine, my camera view doesn't get all crazy when I wear this one, which is a big plus for me! This is the Queenie VOID version (#23) in the gacha. Love it! It is so cute! There is a wing hud to turn ON/OFF the wings too. Key here or on the website.
Both are new at the Gacha Guild's Hallows Carnival round which ends on October 31st. There is also a hunt going on right now too! And many, many more avatars to play for there too!
Gacha Guild - Hallows Carnival 2020 - Ends Oct 31st
website
{GHOSTED}
Sugarcult
Credits❤:
bold & italics indicate sponsors
Dia De Sangre Avatar
Avatar Mod: {GHOSTED} DIA DE SANGRE - F BOM - STRIKER WATERMELON – NEW GACHA @ Gacha Guild Hallows Carnival (Ends Oct 31st)
Top: A&Y Raizer Top (Maitreya) - multicolor
Shorts: A&Y Phex Cyber shorts (Maitreya) - Black
Panties: Wicca's Originals - Larissa Panty [TWFH2020] Maitreya
Mesh Head: {GHOSTED} SANGRE FEMALE HEAD v1.1 – Kit Available @ Hallows Carnival
Mesh Head Shape: {GHOSTED} SANGRE HEAD SHAPE
Mesh / Bento Tail: {GHOSTED} SANGRE TAIL v.1.1
Mesh Body: Maitreya Mesh Body - Lara V5.2
Mesh Legs: + Draconis Legs (skin materials) Maitreya + {aii & ego}
Bare Leg Layer: + Draconis Bare Legs + {aii & ego} BoM
Facelight: Heidi's soft face light
Pose: VISTA ANIMATIONS *HUD 5.32*ESTHER BENTO AO-V1 MEDIUM
Location: Ode ~ A Realm of Enchantment and Surprises
2nd Avatar
Avatar Mod: +SG+ Mofflet .Queenie. VOID #23 - NEW GACHA @ Gacha Guild Hallows Carnival (Ends Oct 31st)
Backdrop: Dont Let Me Go - Jack Back - The Bearded Guy
FLICKR
(1 OF 2)
#SecondLife #GachaGuild #HallowsCarnival #Ghosted #Sugarcult #furrymods #furries #furryavatars #AandY #WiccasOriginals #DiaDeSangre #Mofflet #MaitreyaLaraMeshBody #aii #VistaAnimations
Posted by Melyna Foxclaw at 12:31:00 AM 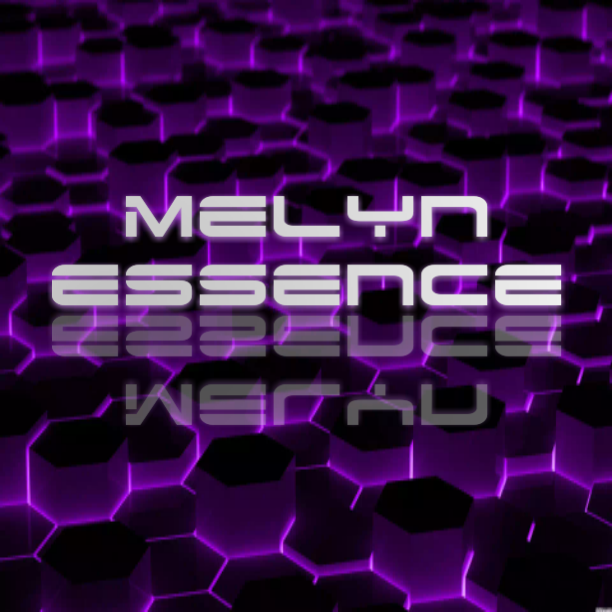 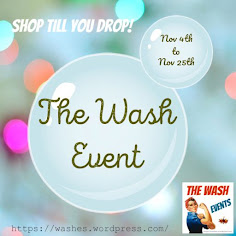